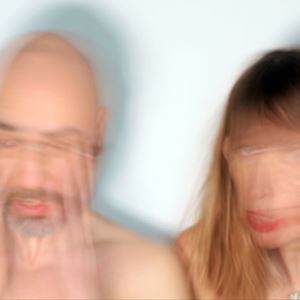 On 15 January they release Soft Bonds, their first LP for over 20 years, and to coincide, Melting Vinyl presents etc etc

?A sound still as dew fresh, dawn dazzled and shot through with luscious darkness as it was nigh on three decades ago.? The Wire

?Insides's music shimmers and tingles with the tantalising promise of a different direction that UK pop could've gone: future-facing and fresh, rather than nostalgic regurgitation.? Simon Reynolds, author and music critic, writing in Euphoria re-issue liner-notes in 2019

?...they seemed to be creating an entirely new version of pop. Their hooks were unmistakable, in that they triggered movement like perpetual-motion clockwork. Their grooves were sparse and spectral and nagged at you like breakbeats but made your heart and hair-follicles dance more than your feet. Their music was amniotic, ebbing and alive with iridescent melodic detail and lyrics that turned the turmoils and trauma of love into the sweetest searing honesty you'd been privy to since you first heard The Supremes? The Quietus

Lewes (UK) based psychedelic visual artist, specialising in music video, liquid and live feed projections. Innerstrings has toured with Uncle Acid and the Deadbeats, Josefin Öhrn and the Liberation, Lost Horizons, Spratleys Japs and The Bluetones.

Please join/visit the Facebook event for more detail and updates: