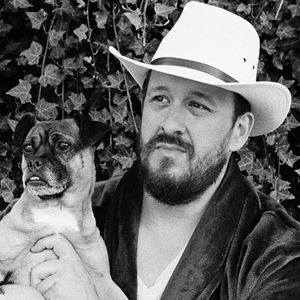 "Following on from his previous sold-out show in Brighton, Melting Vinyl is thrilled to present BC Camplight at The Old Market.

"This is an examination of madness and loss," says Brian Christinzio, the inimitable force behind BC Camplight. "I hope it starts a long-overdue conversation."

Fired by his ongoing battle with mental illness, Shortly After Takeoff is the final, and finest, chapter of what Christinzio calls his "Manchester Trilogy", following 2015's "How To Die In The North" and 2018's "Deportation Blues". All three albums were created after the native Philadelphian had moved to Manchester. Like Deportation Blues, Shortly After Takeoff spans singer-songwriter classicism, gnarly synth-pop, and '50s rock'n'roll, with Christinzio's similarly distinctive, flexible vocal carrying a fearless approach to lyrical introspection, but the new album is a major leap forward in songwriting sophistication and lyrical communication.

"I'm pretty sure the BC Camplight live experience isn't something you can find elsewhere," he declares. "It is a journey every night. One moment, I'm basically doing a stand-up routine and the next, the band and I are playing like we plan on dying that evening, giving our everything. Then I'm on speakerphone to my Mom on stage before assaulting my piano. I'm very thankful that, after all this time, the audience is finally there." One regret is that his father never saw Christinzio experience any level of success. "I wish he could have seen what I've started to do here," he says. "I certainly gave that guy more grey hairs than he deserved. He would have liked to see this."

Shortly After Takeoff ends with the gorgeously tender 93-second 'Angelo', "a little fleeting moment for my dad. I wanted his name on the album and something that sounded like a goodbye. It ends with the drums, like a heartbeat stopping..."

That's Christinzio and Shortly After Takeoff: his best, most honest, open, and frequently heartbreaking record.

'Spellbinding and utterly wonderful.' - The Line of Best Fit

'BC Camplight is a marvel' - The Guardian

'Shortly After Take Off' it's a spellbinding and utterly wonderful thing.' - Line of Best Fit