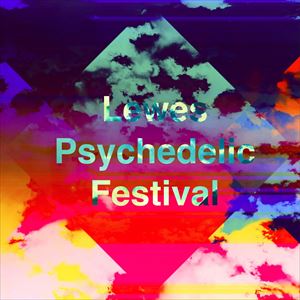 Age restrictions - All ages welcome, under 16's to be accompanied by an adult

Artists:
The Lucid Dream -
The Lucid Dream returned in April 2021 with the release of their 5th album, 'The Deep End'. Following on from 2018's acclaimed 'Actualisation', 'The Deep End' builds upon the acid house influences of the former but ventures into many new paths. Hip hop, techno, drum 'n' bass and other 'genres' sneak into the creative palette whilst also staying true to the band mantra of throwing the rule book out of the window, as far as 'genres' or 'boundaries' are concerned.
Facebook / Twitter / Spotify / Bandcamp

GENN -
It's a unique outlook and tight-knit gang mentality that make GENN such a thrilling proposition musically, as evidenced on March's Liminal EP. Released through London-based indie Everything Sucks Music, the six-song collection sees Leona, Janelle and their bandmates Leanne Zammit (bass) and Sofia Rosa Cooper (drums) contrasting searing post-punk missives with more allusive meditations cocooned in psychedelic textures.
Facebook / Instagram / Website / Spotify / Soundcloud Melt Plastic Group -
Kosmische psych-rock humans Melt Plastic Group live in Brighton & Hove, but were assembled from parts made in Southport, Marseille and Melbourne. Their darkly humorous jams emerge from the far-out vision of former Sunlight Service Group singer Willy Robinson, alongside Jessica Lazzeri (bass) and GaX (drums). Although still quite new on the scene, MPG have played around Brighton with the likes of Japanese Television, The Telescopes and Rokurokubi, but Lewes Psych Fest is their first trip "up north".
Facebook / Instagram / Bandcamp Codex Serafini -
The descriptive conventions of rock often centre around heft and heaviness: decidedly earthbound terminology that represents a lexicon unsuited for the band's orbital trajectory. Even the word 'rock' conveys an inapplicable sense of groundedness and solidity - it implies a tether. Instead, the substance of Codex Serafini's sound is vaporous, astral, replete with sensory surges unbound by gravitational trappings. You can also bang your head to it. It is, after all, permitted.
Facebook / Instagram / Spotify School Disco -
Screeching through the atmosphere and crashing down to earth comes School Disco. The remains of this is a 3-piece, hard-garage-psych hybrid. Their sonic palette manifests itself via a D.I.Y ethos and a fierce, electric live show. Hot off the heels of their 2nd release released via Copper Feast Records (Aus) and Krautpop! (UK) the album rolls through heavy themes disguised as Sci-fi epics, with bold narratives to relay messages to their fans in an exciting and honest way.
Facebook / Instagram / Twitter / Bandcamp / Spotify Johanna Bramli -
Johanna Bramli is a sound artist, one half of motorik electronic pop band Fröst, co-founder of the all-female noise/feedback choir The Larsens and a media composer. She blends granular synthesis, found sounds and vocal manipulation to create sensitive yet sonically assaulting textures. Her sound has a Lynchean soundtrack quality to it that will evoke such imagery.
Website / Facebook / Instagram Michael Tanner (Plinth) -
Michael Tanner is a musician and producer from Lewes, East Sussex. He's worked under various names and collaborations including releases as Plinth, The Cloisters, Thalassing, The A.Lords and as a member of improvisational group United Bible Studies.
Facebook / Twitter / Bandcamp Eliza Skelton -
Singer-songwriter Eliza Skelton has a voice which can shift gear from raw power to a ghostly breath in the blink of an eye; she writes richly inventive storyteller songs that delve into the strangeness of heritage Wicker Man-esque folk and are laced with psyche-tronica arrangements and layered harmonies.
Facebook / Instagram / Bandcamp / Website ELLiS.D -
Hailing from Brighton, ELLiS·D veers between Psychedelic jangle and taut Post-Punk attack, singing with an unapologetic honesty of the burden of guilt shouldered by today's youth for the world future generations are set to inherit. Fierce Motorik rhythms underpin sweeping, rose-tinted melodies, subtly hinting at aspects of Indie, Krautrock and Baroque Pop without ever firmly bedding down roots at any of their doors.
Facebook / Instagram / Twitter / YouTube