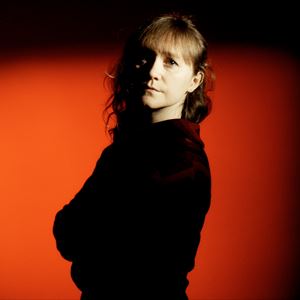 Please be assured tickets will remain valid for the rescheduled date and all the other event details remain the same.

Please join/visit the Facebook page for up to date information:https://bit.ly/MV-FB-BMP

'Head Above The Water' is the third single to be released from Brigid Mae Power's new album of the same name, released on Fire Records the single is out now.

'A collection of beautiful deep-psych lullabies of the heart' - MusicOhm

Her self-titled debut album released on Tompkins Square Records, recorded at the Portland studio of key musical foil Peter Broderick, is a majestic suite of reverb-swathed laments for voice, guitar, piano, accordion, and harmonium. The record investigates transformation, change, motherhood, acceptance, strength, courage and trust. Power says the album was about "trusting if you lose yourself or your way - you can come back".

Whether performing solo or with Peter Broderick as a duo, Brigid is the kind of live performer who spins a kind of magic with her songs that propels the audience into something timeless and elemental.

Thus far she has toured throughout Ireland, UK and the US together with artists including Lee Ranaldo, Richard Dawson, Alasdair Roberts, Peter Broderick and Ryley Walker, with performances at Le Guess Who? and TUSK festivals along the way.
The Two Worlds is Power's most ambitious and her most introspective - Pitchfork
The Two Worlds coexist beautifully here, the soft Power and the raw - UNCUT
The Two Worlds churns like rough seas, Power's voice veering between steely warning and piercing transcendence - The Guardian
Masterpiece UNCUT **** MOJO****
Guardian****
Irish Times****